Dan, Josh, Mike, and Jeff were able to make it up to the Lodge Friday the 23rd.

Here's what Jeff told me:

We were hoping for at least a foot of snow; predictions were for up to 18". We moved the vehicles off the drive, and on to the highway turnout (so we wouldn't be snowed in).

The wet snow began around 5 and by 7 it was blizzard conditions so we had a group dinner of pizza.
We did a little touring on the Angeles Crest Higway (CA highway 2) and we hunkered down for the
night. We woke to a solid 18" of powder, the wind drifted areas were deeper, the cars were buried and the highway was closed at the 6000' gate.
All of us have touring gear: Mike and Josh have split boards (snowboards), Dan and Jeff have alpine touring binding on their skis. We attached skins to the bottoms of our boards and "earned out turns"!

The pictures tell the rest of the story. 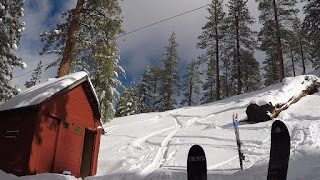 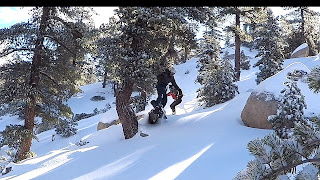 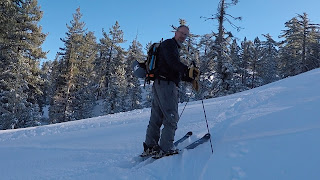 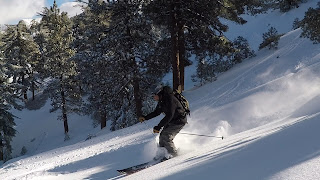 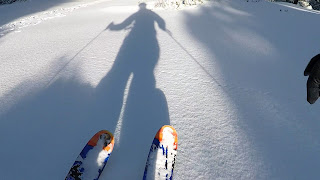 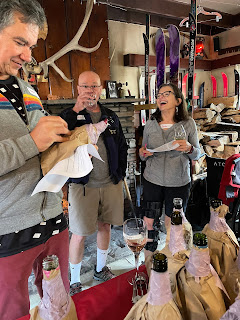 Wine in the Pines Report

Wine in the Pines happened for the first time since before the pandemic. We'd like to report on the number of people who attended, the number of bottles of wine tasted and lots of other information, but unfortunately we were all busy drinking wine. Congratulations to our winners: Dan Scott (best red wine), Allen Blodgett (best white wine) and Julie Cash (cheapest bottle). 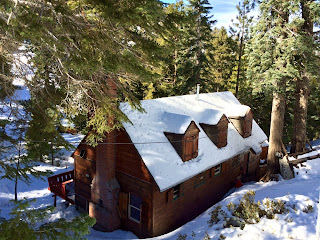 Welcome to the Buckhorn Lodge blog

Buckhorn Lodge has a new website , and at the same time we are launching this blog, to report on events, news and happenings in and around the world of Buckhorn Lodge. Winter is coming, and we and the lodge are ready. Here's a shot from last January (2016) to remind us. (Image courtesy: Steve Gratwick) 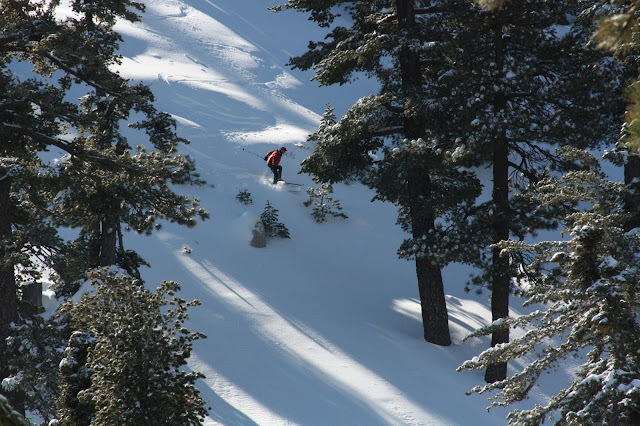 Dan took this shot of Rich making some turns in deep powder on Saturday.